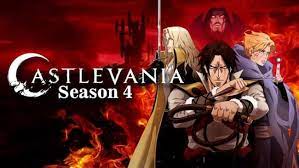 Castlevania is an American adult animated streaming television series on Netflix produced by Frederator Studios. Based on the Japanese video game series of the same name by Konami, the first two seasons adapt the 1989 entry Castlevania III: Dracula’s Curse and follow Trevor Belmont, Alucard and Sypha Belnades as they defend the nation of Wallachia from Dracula and his minions. The second and third seasons borrow characters and elements from the 2005 entry Castlevania: Curse of Darkness.

The series was originally planned as a film, developed by producer Kevin Kolde and his company Project 51. Kolde had a contract for a script with writer Warren Ellis in 2007; the project entered development hell until about 2015, when Adi Shankar boarded the project and it was picked up by streaming service Netflix. Powerhouse Animation Studios joined the team and production commenced. Its art style is heavily influenced by Japanese anime and Ayami Kojima’s artwork in Castlevania: Symphony of the Night with the production team including staff members who worked in the Japanese anime industry.

The upcoming 10-episode fourth season of Netflix’s anime series Castlevania will be its last, Deadline has learned. It will premiere May 13

Richard Armitage as Trevor Belmont, the last living member of the Belmont clan, an excommunicated family of monster hunters.[1]

James Callis as Alucard, the dhampir son of Dracula and Lisa Tepes, who seeks to protect humanity from his father.[1]

Graham McTavish as Dracula, a vampire who swears vengeance on humanity for the death of his wife Lisa, summoning an army of monsters to destroy all the people of Wallachia.[1]

Tony Amendola as The Elder, the leader of a group of Speakers aiding the people of Gresit whom Trevor befriends.

Matt Frewer as The Bishop, a psychotic clergyman who orders the burning of Lisa Tepes for witchcraft, later being named the bishop of Gresit. (season 1–2)

Emily Swallow as Lisa Tepes, Dracula’s beloved wife who is burned at the stake after being falsely accused of witchcraft.

Theo James as Hector, a devil forgemaster called upon to serve Dracula in his war against humanity. He has a hatred of humanity, but his naïveté makes him easy to deceive or manipulate. (season 2–present)

Adetokumboh M’Cormack as Isaac, a rivalrous devil forgemaster and fierce loyalist of Dracula who helps to lead his army. (season 2–present)

Jaime Murray as Carmilla, a scheming vampire mistress and member of Dracula’s war council who seeks to usurp him. (season 2–present)

Peter Stormare as Godbrand, a Viking vampire warlord called upon to serve Dracula in the battle against Wallachia. (season 2)

Jessica Brown Findlay as Lenore, the diplomat member of the Council of Sisters. She is in charge of subduing Hector. (season 3–present)

Yasmine Al Massri as Morana, the strategist member of the Council of Sisters. (season 3–present)

Ivana Miličević as Striga, the military member of the Council of Sisters. (season 3–present)

Navid Negahban as Sala, the leader of the monks of Lindenfeld who actually seeks to resurrect Dracula. (season 3)

Jason Isaacs as The Judge, the town leader of Lindenfeld who wishes to keep peace and order in town. (season 3)

Toru Uchikado as Taka, a vampire hunter from Japan using a bow. (season 3)

Rila Fukushima as Sumi, a vampire hunter from Japan using a sword. (season 3)

Lance Reddick as The Captain, a pirate captain who befriends and helps Isaac. (season 3–present) 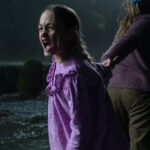